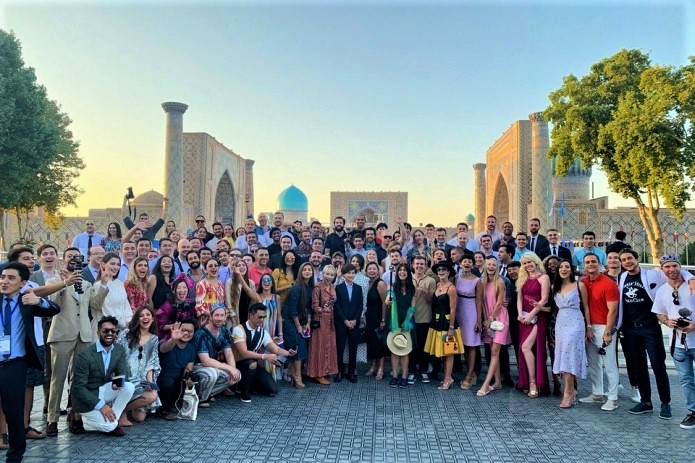 Uzbekistan is a sovereign democratic republic with population of about 33 million. It has one time zone, 5 hours ahead of GMT.

Once a hermetic country with very strict visa policies for foreigners, Uzbekistan is slowly opening its borders to show the world the majesty of what used to be the core and center of the ancient Silk Road, a country filled with impressive shrines, mosques and perfectly shaped old cities. Uzbekistan is, by far, the most tourist-friendly country in Central Asia and an unmissable destination for sightseeing city lovers, because this is what Uzbekistan mainly about.

You can also apply for an e-visa. Most nationalities that can’t get a visa on arrival, and that includes citizens of the United States, India, China, Mexico, Hong Kong, Colombia, Ecuador and many others can apply for an e-visa. It only costs 20USD and takes 2-3 working days. More information is available on our page - SERVICES-UZBEK VISA.

Safe to travel
In the West, very little is known about this country but, since it ends with “stan” and borders Afghanistan, people may associate it with negative connotations. However, Uzbekistan was recently considered one of the 20 safest destinations in the world, as it has one of the lowest crimes rates in the world, besides a high level of security, especially in the capital Tashkent. You will be totally fine, even solo female travelers. 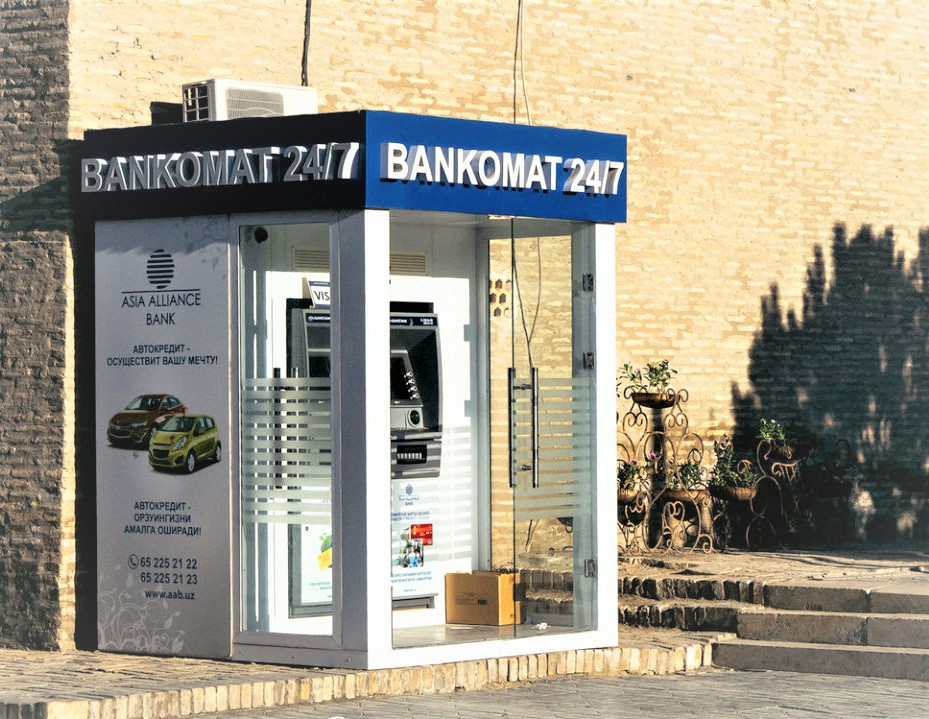 Money
National Uzbek currency is “sum”. There are 500, 1000, 5000, 50000 and 100000 sum bills and 100, 200, 500 sum coins. Here are loads of ATMs everywhere – before the very few ATMs that accepted international cards only allowed you to withdraw very small amounts of money but this changed and you can just use them normally. However, with an international card, you can only withdraw USD, which you need to exchange at the bank. When you withdraw, you will be charged a commission of 1%.
Before, the official bank rate was almost 100% lower than on the black market, so nobody wanted to exchange money in banks. This has changed and, finally, the official rate has gone up to its actual value. This means that you can now exchange money in exchange offices or banks, which accept all major hard currencies and can easily be found all over the cities. The best part is that some banks give you bigger notes, so there is no need to carry packs of cash. 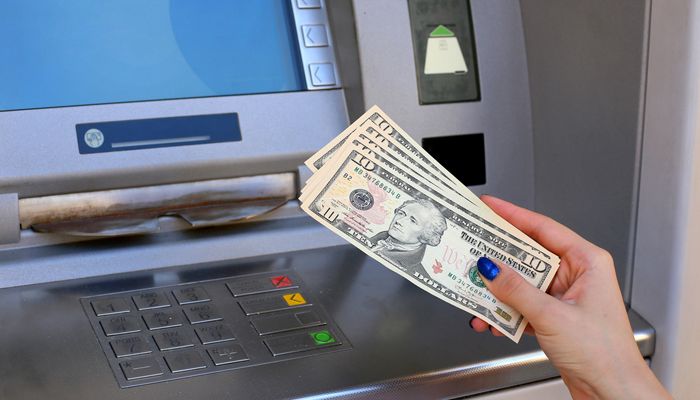 Cash is king. Although the expression has a slightly different meaning in Finance, it is applicable to Uzbekistan in its literal meaning. When traveling in Uzbekistan, you can pay by card in hotels, shops and fancy restaurants, especially in Tashkent. However, outside of the capital, it is not always the same. Therefore, you had better always have cash in the pocket.

Most restaurants charge for service, which ranges from 10 to 20%. An average bill at a local eatery would be about 4-5 USD per person and 10-15 USD in the restaurant. 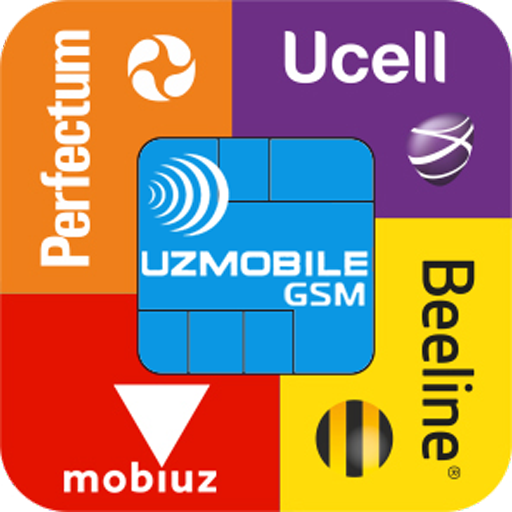 Electricity, Internet & SIM Cards
Uzbekistan runs on 220 volt, 50Hz AC with twin round plug. In Tashkent at some bus stations, you will find free mobile phone chargers of all types.
The Internet is just ok. Restaurants and all hotels have decent Wi-Fi and 3G works perfectly well throughout the country.
SIM Cards, there are 5 mobile operators in Uzbekistan. Get Beeline, with which, for a couple of USD, you will get plenty of data and calls. It is very easy to buy a SIM Card and all you need is your passport.

People & language
Uzbekistan is an ex-Soviet Republic, which got its independence in 1991, after the USSR dissolution.
Most people are Uzbeks but, as in the whole Central Asia, you also find plenty of people from their neighboring countries, including Russians, Kyrgyz, Kazakhs, and Tajiks. People in Uzbekistan are so ethnically mixed but, whereas Kyrgyz and Kazakh people have stronger Mongolian features, and Tajiks and Turkmens more of a Persian look, Uzbeks are something in between.

The official language is Uzbek, which is a Turkic language, but most people also speak Russian as a second language. Learn some Russian, old generation use the Cyrillic alphabet, but at touristic places, practically most people speak English. Some basic words to get around will prove immensely useful. 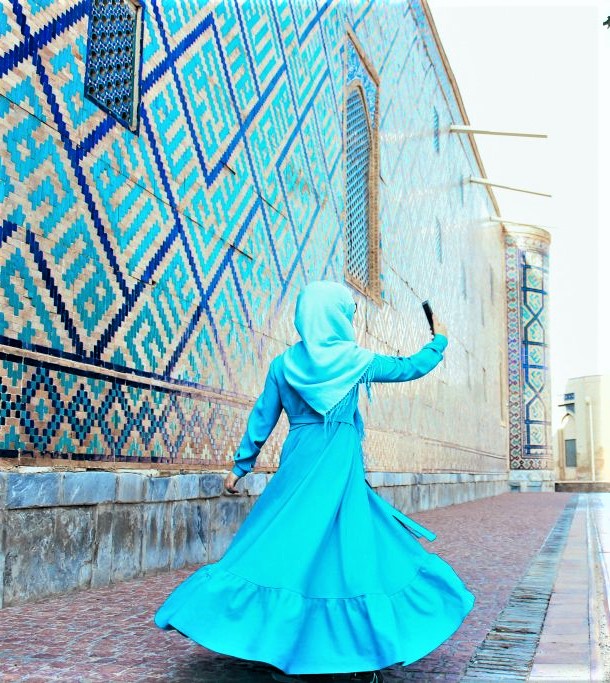 Religion & culture
Officially, most people are Sunni Muslims, the Russian population (10%) being Christian Orthodox. However, like all ex-Soviet countries, religion is not a big deal and most people do not really follow Islam. If we had to compare it to the rest of Central Asia, we would say that religion in Uzbekistan is practiced more than in Kyrgyzstan or Kazakhstan but less than in Tajikistan.

No real dress code for women. Many Uzbek women are veiled but it is mostly for cultural reasons, rather than religious. Except in some parts of the Fergana Valley, women can go as they please, within certain common-sense limitations, of course.